Russian athletes must be allowed to compete 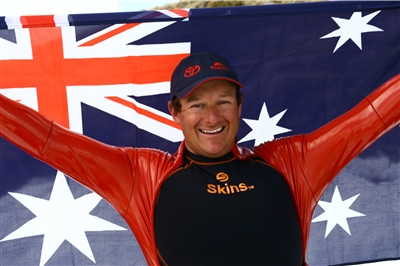 With barely a day until the start of the 2022 Paralympic Games, it's just not fair to ban the athletes from Russia and Belarus.

An International Olympic Committee resolution on Monday called on all sporting organisations to remove Russian and Belarusian athletes and officials from international competition. But the resolution came with an exception to allow them to compete as neutral athletes. This measure is already in place (because of sanction imposed around doping violation) and you would have seen athletes from ROC (Russian Olympic Committee) at the Olympics.

Since the resolution was made, numerous organisations, including Paralympics GB and Canada, have called for Russia and Belarus to be banned from the Games entirely. I am not convinced that is the right direction to take.

Just like everyone else who will take to the slopes, the tracks and the rinks over the next couple of weeks, the athletes from Russia and Belarus have worked so hard for so long to win their place on the biggest sporting stage for athletes with a disability. This is their chance to compete at the top level of their sport and I just don't think it is fair to rob them of that opportunity.

Any suggestion that the Paralympic or Olympic Games is separate from politics is farcical nowadays but we should at least try to protect each individual athlete's right to compete in an event that comes around only once every four years.

I was so stoked to see the photos of the Ukrainian winter team as they departed for China. Just getting them safely out of the country must have been a mammoth task and I take my hat off to the administrators - no doubt all over the world - who made that happen. I am sure they moved mountains to get the team to Beijing and quite rightly so.

But, while we support the human rights of Ukrainian athletes to play and participate in sport, we must also afford the Russian and Belarussian athletes the same rights and privileges. How can we respect the rights of one group while simultaneously removing the rights of the other?

If I know anything at all about elite sport (and I know a bit) those Russian and Belarusian athletes have just finished a five month on-snow training block. They're likely to have given up study or work and paid for much of it out of their own pockets. For some, their income for the next four years rests with them not just competing but performing well in Beijing.

I can promise that they, just like all the other athletes, will have been so focussed on training, competing and qualifying for the Paralympic Games that they barely looked at the news until a few days ago.. but I bet they're paying attention now!

Most of them are already on the ground in Beijing, making final preparations, training on the hills, getting ready for the Opening Ceremony and hoping they will get the chance to compete. If a Russian athlete performs well enough to win a medal, they won't wear their country's name on their jacket during the ceremony or hear their national anthem.

I think that is penalty enough for the innocent bystanders in a cruel war waged by a crazy meglamaniac who just happens to be the leader of their country. It might be possible for a rich tennis player to sit out a few tournaments or a soccer player with a lucrative contract with an English football club to publicly denounce the regime but the same cannot be said for most Paralympic athletes.

Although I am all for harsh sanctions on Russia, I want those sanctions to be effective, meaningful and to target the right people. Instead of banning and excluding the winter athletes from Belarus and Russia, let's welcome them, talk to them and listen to them. Let's do what Putin cannot... meet our fellow human beings as equals and leave the war-mongering for the sport arena.