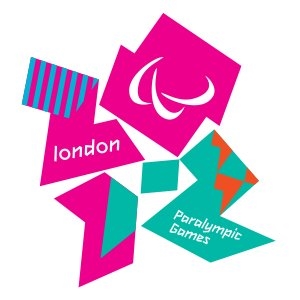 Here's my quick guide to the London Paralympic Games. If this is the only thing you read I swear you will know enough to enjoy it.

This is only the second time the Paralympic Games will go to air live in Australia, with the ABC showing over eight hours of live competition every day. Tune it at 7pm each night for the morning's competition. Make a cuppa while the swimming is on because it's not that interesting and you'll catch it all in the highlights anyway.

Definitely watch the wheelchair rugby. The Australian team, including the unstoppable Ryley Batt, will be out to beat the Americans after losing the gold medal match to them in Beijing. These guys are tough and all that crashing and banging into each other makes for a great spectator sport.

There are a few athletes competing in London who back up for the winter Games. I wonder when they ever spend time at home? Our own Jess Gallagher won a bronze medal skiing at the 2010 Vancouver Paralympic Games and, if her form continues, she could be the first Australian athlete ever to medal at a winter and summer Games, a feat I have yet to achieve. Watch out for her in the javelin and the long jump.

Eyes on the Canberrans

Canberra is well represented including Sue Powell, a good medal chance in the cycling and third-time Paralympian Louise Ellery, competing in shot put and club throw, debutante Scott Reardon in the 100m and 200m and veterans Richard Nicholson, competing in his fifth Games and Hamish McDonald, taking on his sixth.

In the pool the amazing Natalie du Toit is retiring. She debuted at the 2002 Commonwealth Games and was the first amputee to qualify for the Olympic Games when she raced in the 10km swim. In London she will compete in seven events, hoping to increase her current tally of ten Paralympic gold medals. Her countryman Oscar Pistorius, the "Blade Runner", backs up after running at the Olympic Games. He is out to defend his three Beijing titles, including the 100m, although the opposition will be tough to beat. American Jerome Singleton is the current world champion and Britain's Jonnie Peacock lowered the world record to 10.85secs in June. Interesting that South Africa is the world's leading light when it comes to inclusion!

Check out some unfamiliar sports

I've played sitting volleyball. It's not easy but it is action-packed and fast. This sport has a real legacy in rehabilitating people who've had their legs blown off by bombs and landmines. It's still dominated by volleyball-mad countries like Brazil and Russia but it's good to see Rwanda fielding a team for the first time. You could also have a look at 5-a-side football which is played by vision-impaired athletes using a ball with a bell inside. Take some time to check out the back stories of some of the players online.

Don't worry about the classification system

Paralympic athletes are classified according to their functional abilities. There are loads of classifications, they are complicated and they vary between sports. Remember that, especially in swimming, different classifications may be combined in the same race. Listen to the commentary, don't worry too much about it and just enjoy the competition. The individual sports like athletics, cycling and swimming are the most confusing so, if it all gets too much, watch team sports like wheelchair basketball or rugby instead.

Thankyou Michael for a very interesting and informative introduction to the Paralympics - I am sooooo looking forward to cheering on all of the competitors BUT an especially loud cheer for the Aussies!!!
Post A Comment
Site Map
Our Community
Facebook LinkedIn Twitter YouTube