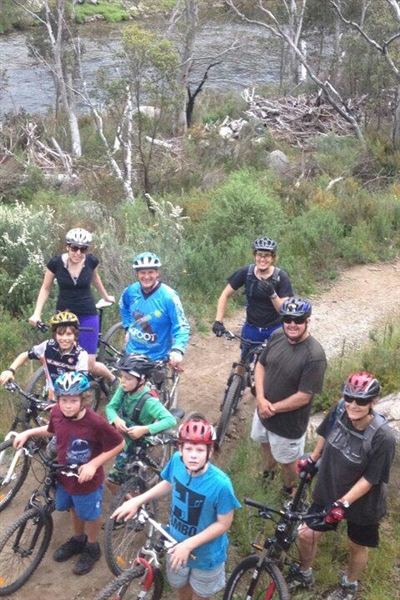 Michael Milton has competed in dozens of national championships in the Snowy Mountains but this time it's a little different: no skis and no snow.

The six-time Paralympian will compete in the National Cross Triathlon Championships at Lake Crackenback Resort and Spa on 9-10 March.

The inaugural event will see athletes toughing it out in a 1km swim, a 24km cross country mountain bike ride and an 8km trail run through the beautiful Snowy Mountains bushland.

"I have a passion for the mountains which started when I was three years old and learning to ski. Now I'm really excited to be taking my new sport of triathlon to an old familiar place. It almost feels like I've come full circle, that I'm back at the beginning with new opportunities and so much to learn," said Milton.

Only last week he competed in the National Paratriathlon Championships where he was the only one racing in his Tri 2 class. Paratriathlon will debut at the 2016 Rio Paralympic Games whereas the off-road version at Crackenback is "purely for fun" said Milton.

"Triathlon is really challenging and, during a race, I tend to turn inward, battling with the pain barrier and pushing my own physical limits. Off-road is much more fun and the technical nature of the course will be a great distraction from the pain.

"Crackenback is such an awesome venue for this event. People will be blown away by the facilities and the scenery," said Milton.

The event is sanctioned by Triathlon Australia and is a qualifier for the ITU World Cross Triathlon in The Hague, Netherlands in 2013.

Photo: Michael Milton mountain biking with a group around the trails at Crackenback for Movember and as part of his new business Big Foot Adventures.