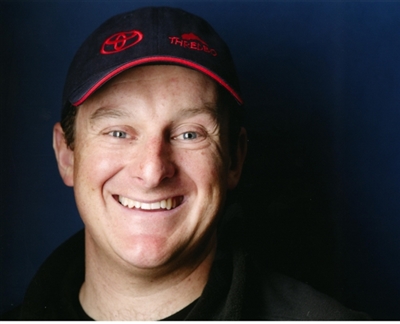 One of Australia's most respected athletes will add yet another accolade to his long list of achievements this week. Michael Milton will be inducted into the Sport Australia Hall of Fame.

His achievements are legendary not just for the results but for the sheer extent of his exploits. It's a long list that starts not long after he lost his leg to bone cancer at nine years of age.

Milton was the first Australian to win a winter gold medal in 1992 - ten years before Steven Bradbury - and, at his last winter Games, he won all four alpine medals in his class. As Milton says "...Not bad for a skier from Australia."

He is the world's fastest ever skier with a disability, clocking a staggering 213.65 kilometres per hour in 2006, a speed that also made him Australia's fastest skier ever, a record he still holds today.

Milton has won a slew of awards, including the Laureus World Athlete of the year with a Disability, and was named as one of the Australian Institute of Sport's 25 Best of the Best athletes in their 25th anniversary year.

Despite a second cancer battle (oesophageal cancer in 2007 after losing his leg to bone cancer at nine years of age) Milton competed as a cyclist at the 2008 Beijing Paralympic Games just 12 months after chemotherapy, radiotherapy and major surgery.

Since then Milton has also represented Australia at two Paratriathlon World Championships and completed the 2013 Gold Coast Marathon on crutches.

Whilst retired from elite competition, there is no letting up for the Paralympic great - who rides regularly, competes in mountain bike races and takes on adventure challenges.

"I still like to think of myself as a bit of a weekend warrior athlete and I still do lots of physical stuff. For me it's about sharing my passion for the outdoors and being able to share that with other people."

The honour of joining fellow Paralympic greats Louise Sauvage and David Hall in the Sport Australia Hall of Fame is not lost on Milton.

"I'm obviously very proud to be joining Louise and David but I think there should be more Paralympians on the roll. Some organisations lag behind in recognising not just athletes with disability but also people who excel in less mainstream sports.

However, Milton says he is humbled to be joining some of his biggest heroes in the Sports Australia Hall of Fame.

"I will be in amazing company. Many of the people on the list have been a source of inspiration for me. It's quite overwhelming," he said when informed of his pending elevation.

And on the subject of the mountains he faced in pursuing his feats, in addition to those he so ably raced down, Milton sends a poignant message to those who may follow.

"The most challenging part about living with a disability has been the low expectations of most people I come across.

"Sadly, our culture often expects very little of someone with a disability. We make all sorts of assumptions which are obstacles in themselves. Yes, I walk with crutches but I am quite capable of putting my own groceries through the checkout or walking Kokoda.

"Success for me has often involved rising above the expectations of others or even flying in the face of those who genuinely think I can't achieve a goal I've set myself. That lack of faith can be a great motivator but for some it could easily be a barrier," said Milton.

He is less emphatic on another matter. When asked to choose which of his achievements is the best, he was reluctant to nominate whether one trumped the others.

"Probably not, there has been so many and for many different reasons. I don't like to place one above the others. It's like saying I prefer one of my children over another."

The Sport Australia Hall of Fame Selection Committee is clearly of the view that Milton remains a role model for all Australians.

"Michael Milton not only defies limits, he destroys them!  All champions rise to a challenge, but Michael takes this to a new level, and through his incredible achievements he inspires us all to never give up, no matter how tough things look, " Committee chair Robert de Castella said.

Olympic skiing great, Malcolm Milne, will have the honour of making the presentation to Michael Milton as part of his official Sport Australia Hall of Fame Induction on Thursday night.

An amazing life so far, Michael, and the best is still to come. Congratulations.

Congrats Michael, great to see your achievements, training, effort and determination are being recognised as inspirational to others. I was impressed 30 years ago when I met you at the ADF skiing.