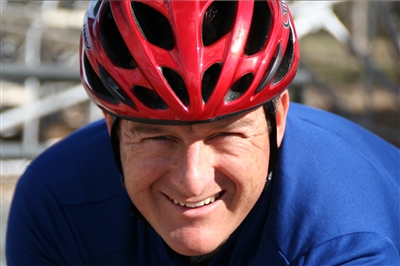 One the eve of International Day of People with Disability, Paralympic champion Michael Milton is calling on the ACT Government to help local charity TADACT, claiming the NDIS is failing this small but vital organisation.

Milton, a long-time ambassador for TADACT which designs, makes or modifies equipment for people with disability, said the organisation is struggling to remain viablefollowing the ACT Government's decision to drop almost $150,000 worth of funding as of 30 June this year.

"Funding via the NDIS was supposed to fill the gap but, put simply, it hasn't. The system just doesn't work for a small, not-for-profit organisation like TADACT," said Milton.

"There's been a real lag in the take-up of NDIS as far as TADACT is concerned. In this last financial year we were approached by just 26 NDIS participants which provided nowhere near the funds we need to operate.

"The NDIS is designed for commercial operators. It encourages competition and the individual's right to choose. It relies on suppliers marketing their products and services. The issue for TADACT is that each time we create and supply a piece of assistive technology, we solve someone's problem. If we do our job right, that client doesn't return, for many years at least.

"NDIS planners can't recommend suppliers.  We promote our services to occupational therapists and physiotherapistsbut, even then, it can take up to 12 months for changes to be made to someone's NDIS package. It's a long wait for them and for us," said Merriman.

Milton said TADACT may be small but it's a lifeline for many people.

"Disability can be very individual and unique and, for some, it's not just a case of buying what they need off the shelf.  Often they don't even know what they need; they just come to TADACT with a problem and a small army of volunteers comes up with a solution.

"TADACT volunteers will frequently modify and reinvent second-hand equipment. It can take a lot of imagination and experimentation to get it right but, in the end, that often one-off piece of technology changes someone's life."

Milton is a seven-time Paralympian, has crossed Kokoda twice, skied at over 210km per hour and climbed Mt Kilimanjaro. He has competed in triathlons and run a marathon on crutches.

"I couldn't have done any of those things without adaptive equipment. I play and tweak all my equipment to make it right for me but not everyone has the resources I do and a lot of people need adaptive equipment just to sit at the dinner table with their families.

"The way the NDIS is set up, you can get funds for a $10,000 wheelchair but, if you need something out of the mainstream, it's a big challenge. No-one knows where to start and TADACT has no budget for that kind of marketing. Once you do find TADACT, it's almost impossible to put a price on a piece of equipment that doesn't exist in order to get it funded and, even if you manage to do that, it could be another 12 months before you get NDIA approval," said a frustrated Milton.

"Maybe, by 2020, the NDIS will have hit its straps and we'll be inundated with requests. That would be fantastic. However, at this rate, TADACT won't survive long enough to see it," said  Merriman.