Live coverage - what a difference it makes 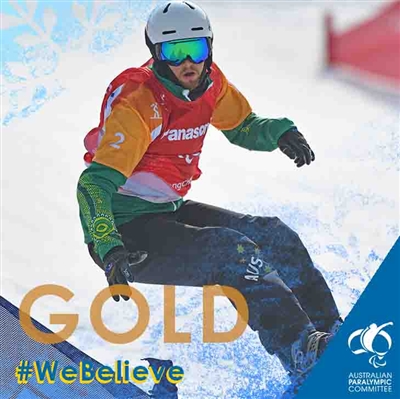 How good are the para-events at the Commonwealth Games? And the individual performances of our para-athletes? Simple awesome. They've captured the hearts of spectators in the stands and at home on the couch. Jim Tucker, writing in the Courier Mail, said that "Para-normal is the infectious vibe of these Commonwealth Games."

Tim Disken's two gold medals in the pool were awesome, along with his beaming smile. Then there was Lauren Parker's gutsy performance to take bronze in the para-triathlon and Evan Hanlon leaving nothing on the track to win the 100m. And who didn't have a few tears when Kurt Fearnley, moments after he pushed his way to a silver medal in the 1500m, confirmed it was indeed his last track race.

I could go on and on. GC2018 has delivered the largest integrated para-sport program in the history of the Commonwealth Games and the crowd has responded. Great moments in para-sport are served up and celebrated day-after-day. But that's really no surprise. After all, these athletes are world-class, talented, fit, ready and focussed. The difference is that GC2018 has given the para events prime billing.

Make no mistake - coverage is what makes the difference.  It's not the inclusion of para-athletes alone that is capturing our hearts and minds; it's the fact that we are finally able to watch them compete, struggle, fail and triumph on a major commercial station in prime time. We love them because we can see them.

But we're not seeing all of them. The Australian athletes who competed at the winter Paralympic Games in Korea just four weeks ago had stories that were just as compelling and results that were just as awe-inspiring. But we weren't talking about them because we didn't see them.

As I watched the para-triathlon with much interest, I realised that this event alone was getting more coverage in Australia than the entire winter Paralympic Games.

Simon Patmore won on his snowboard, breaking a 16 year gold medal drought. He backed it up with a bronze medal four days later to add to his bronze medal from London in 2012 and his Commonwealth Games gold won in Delhi in 2010. He's only the second Australian ever to win medals at both a summer and winter Paralympic Games.

When Patmore was winning his gold medal, Channel 7 was showing a replay of the US series Pawn Stars. If you wanted to watch it, you had to wait 24 hours to see it on daytime TV or 36 hours to see it at midnight. Or you could fly to New Zealand where, unlike Australia, you could watch the Games live.

Why does it matter? Some say it doesn't. I say it matters a lot. Para-athletes train and compete with a fraction of the funding bestowed upon their able-bodied counterparts and many struggle to find employment. The Australian Paralympic Committee attracts a fraction of the financial support that the likes of the Australian Olympic Committee enjoys. Meanwhile, expenses like travel costs for para-athletes are, on average, higher given the addition of guides, carers and equipment like wheelchairs.

Media coverage like what we have seen at the Gold Coast Commonwealth Games is likely to result in increased sponsorship, more appearances and paid speaking engagements for the athlete in the frame.

Don't all athletes deserve that opportunity, especially if they win and even if they are doing it all on snow on the other side of the world?

Perhaps the Australian public's overwhelmingly positive reaction to the para-events on the Gold Coast will encourage Channel 7 - or whatever commercial station covers the next winter Paralympic Games - to re-think their strategy and consider, for a moment, what good coverage means to an athlete. They have four years to sort it out!

Caption: Simon Patmore won a gold medal at the winter Paralympic Games but you couldn't watch it live in Australia.