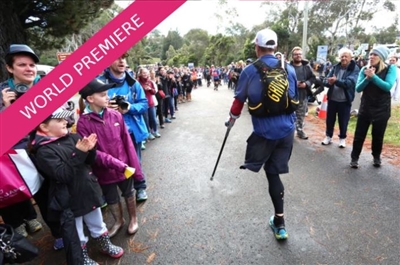 A film about Michael Milton running a 50km ultra marathon in the Blue Mountain last year has been screened in 14 cities in three continents, with Australian dates soon to be announced.

The film Best Foot Forward follows Michael's preparation leading up to the Ultra Trail Australia event and his progress during the race. It was accepted into the 2018 international Trails in Motion Film Festival.

One of just eight films to be screened, Best Foot Forward was produced by Canberra based production company Red Gadget Films.

Keep an eye on Michael's website for screening dates and locations in Australia.