Are your kids too soft? 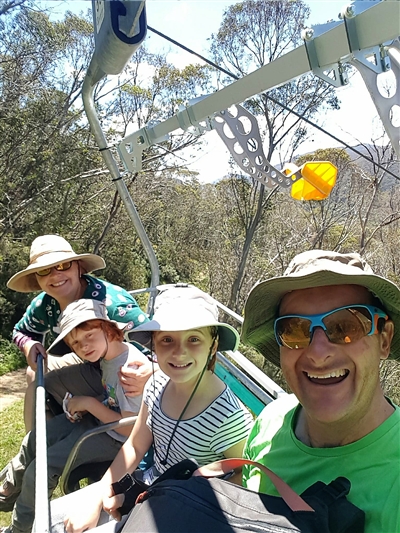 Is it just me or is the new generation of kids a bit soft? Not all of them, of course, but I see kids around who don't seem to know how to play... and I don't mean computer games.

Too much screen time; that's part of the problem. Every kid seems to have an iPad. It's become the required accessory for most families when going out to dinner. I've seen kids in restaurants completely absorbed by their iPad, emerging only to eat. How is that okay? They're completely missing the point of eating out. My kids love pouring over the menu, learning about new dishes and then ordering the tried-and-true (as kids do). My daughter makes lotus flowers out of paper serviettes and my son delivers them to fellow diners.

Now, my kids are eight and ten so not babies or toddlers any more.  But I remember what eating out with small kids was like. I quickly learned that staying home and pulling my own toe nails out with a pair of pliars was preferable to the chaos and whinging that eating out entailed. But we still did it (when we had to) and we never took an iPad.

My point is that, in the absence of an electronic device, kids find ways to entertain themselves, even in a restaurant. They're also forced to talk to us which, as it turns out, is actually pretty awesome. They see the world with fresh eyes and have some funky ideas. They also come out with some cracking one-liners.

Now, where was I? Oh yes, kids don't seem to know how to play... and screens are part of the problem.

But the real issue here is parents. In my opinion, most parents are just too cautious. Thanks to the media, we get constant reports about the latest child abduction, sexual abuse in catholic schools, domestic violence. As parents we recoil at this terrible news (as we should) and, as a result, some of us become over-protective. It's easier to keep kids close, keep them indoors, make sure they're supervised at all times and, if they have to venture out, to make sure they're holding our hand.. But isn't the indoors just as dangerous? Paedophiles are generally people we know, iPads are inside toys, obesity is rife.

Sure the outdoors can be dangerous too but it's so bloody good and so much fun... for the kids and for us.

I had cancer and lost my leg when I was nine. It was a terrible time.. for me but more so for my parents. They wrestled with the possibility that I might die, had to make the decision to amputate my leg, had to watch while their robust son was reduced to a mere 30 kilograms thanks to massive doses of chemo.

During my treatment, my recovery and after it was all over and I was learning how to live with one leg, they could have taken the safe option. They could have kept me at home, made sure I stayed indoors, supervised me wherever I went, let me play my beloved Pacman. But they didn't. Despite all their instincts, they let me go. They made me go to school when I had no friends and couldn't play the games my mates liked, they encouraged me to compete in cross-country races, swim and ski. My dad fashioned a PVC leg so I could sailboard and modified an old lawn mower so I could ride around the streets with my cycling and skateboarding neighbours. They let me fall over and scrape my knee and bump my stump (which hurt a lot by the way).

And the result?  Well, I know I have my failings as an adult and I am far from perfect but I am resilient and I have the basic skills and physical confidence to have a go at anything. And that's what I want for my kids.

Now, I'm not suggesting we sacrifice our kids' limbs to teach them resilience; I admit my experience is a bit extreme. But there must be a compromise position, things we can all do to help our kids be more physically and emotionally resilient.

And it's all about adventure - putting them in situations and places that test their courage, their abilities, their determination. It doesn't have to be terribly physical. A night out at dinner without the iPad will be a new and challenging experience for some kids.

This is not a new place for my kids nor for me; we've already had lots of adventures together and I am starting to see the results. But there are more to come and, as they get older, the possibilities are growing. New places, new people, new challenges. As parents, we need to keep upping the resilience anti, a little at a time.

Please read about our adventures and share yours with us. We'd love to hear about them.