1000 people in the room but it seemed a little empty 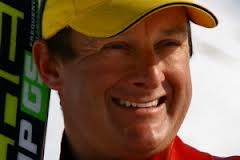 Does something smell? One thousand people attended the annual Sport Australia Hall of Fame dinner last night and yet there seemed to be a bunch of athletes missing.

I am the only athlete with a disability to be inducted into the Sport Australia Hall of Fame this year and only the third ever (after wheelchair racer, Louise Sauvage and wheelchair tennis player, David Hill). The rest - all 379 of them - are able-bodied athletes.

Don't get me wrong. I'm so honoured to stand alongside some of the greats of Australian sport, some of them my own personal heroes, people like Don Bradman and Cathy Freeman, but I believe the selection panel have missed another chance to address this inequity.

And it's not just the national Hall of Fame that's handing out the honours to a disproportionate number of able-bodied athletes. Each state and territory has its own annual Hall of Fame type awards. Of around 1250 inductees around the country, under 2per cent are from Paralympic sport. Does that seem fair?

Sport Australia Hall of Fame Chairman, John Bertrand, claims the disparity is more to do with the Paralympic movement's short history, rather than an oversight (see Call for an increase in Paralympic recognition, SMH October 10, 2013) but Australians have been representing their country at Paralympic Games now for more than five decades and I can think of many with notable performances worthy of nomination.

The criteria for selection limit the choice somewhat. In order to be considered, an athlete must be retired from elite sport for two years and they must be nominated by an NSO (national sport organisation). This in itself presents a problem in that, if an NSO is not very active in nominating its successful athletes, the athlete misses out. And what about those athletes who compete outside the realms of organised, Paralympic sport.

Consider John McLean, an amazing wheelchair athlete who, despite competing in two Paralympic Games, has yet to win a gold medal which means he's unlikely to be nominated by the Australian Paralympic Committee. Yet, among other impressive achievements, he's swum the English Channel twice and was the first person in a wheelchair to complete an ironman. It seems John may miss out because there's no NSO to nominate him.

Last year I campaigned fairly strongly for Special Olympics ACT to nominate Siobhan Patton, a very successful swimmer who won six gold medals at the Sydney 2000 Paralympic Games. She is still the only athlete with a disability in the ACTSport Hall of Fame.

So, who would I nominate for the national honour if I could? John McLean of course. But there's also Priya Cooper (three-time Paralympian and winner of nine gold medals in swimming), Greg Smith (three gold medals in athletics and a member of the 2012 gold-medal-winning wheelchair rugby team), Neil Fuller (four-time Paralympian who won five athletics gold medals) and a handful of athletes from the 60s, 70s and 80s who were real pioneers.

Compare their results with the Sport Australia Hall of Fame recipients this year. Of course, they're all worthy of the honour. They're all amazing athletes. However, I fear the selection panel has trouble comparing the achievements of able-bodied athletes with those of athletes with a disability. It's a sentiment echoed by Louise Sauvage, a member of the selection panel:

''I think with all things to do with sport for athletes with a disability, unfortunately it's a slow process to change people's attitudes and minds,'' she said. (see Call for an increase in Paralympic recognition, SMH October 10, 2013).

How do we speed up the process and start to redress the balance? For a start, NSOs need to fairly evaluate the performance of athletes in their respective sports and nominate those who deserve to be honoured. Secondly, the various selection panels around the country need to acknowledge and address the disparity by inducting more athletes with disabilities. And lastly, they all need to take a long hard look at the less mainstream sports and realise that some amazing people, like John McLean, may miss out altogether simply because they fall outside the process.

Milto, could not agree more! Perhaips we need to start by integrating the disabled athletes into the main NSO's. Like with Men V Women, I am not sure why all athletes are not treated equally. Well done on the award, very deserving!

How strange it must have felt,being there but not among like bodied peers.It is time things were changed! There are so many wonderful sports people that quietly go about the business of achieving goals,those that are not impaired by physical and mental abilities.and those that are,those that strive to attain their goals,goals that to some are not even a dream.I feel that sporting greats are not nessecary those that achieve elite levels.Doblind cricketers ( for example) ever get a mention? To reach greatness you do not have to travel the world! Gymnastics ( for example) a sport that is opening it's doors to everyone, there are more chances for all to participate in many different forms of sport but not all are available for elite level competitions.While I do congratulate you on your Award in sport,I agree more needs to be done for others to be given that chance and maybe the criteria also needs to be looked at.
Post A Comment
Site Map
Our Community
Facebook LinkedIn Twitter YouTube