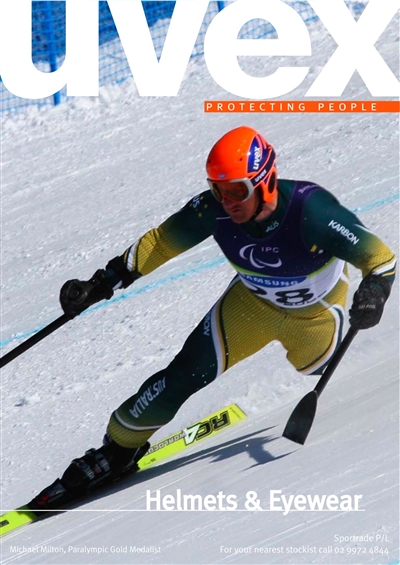 Uvex manufacturers a range of ski goggles, ski helmets, sunglasses and cycling helmets and has been Michael's exclusive supplier for more than seven years.

The company will soon feature Michael in a print advertising campaign to appear in The Ski Mag, in readiness for what Uvex is confident will be a bumper Australian ski season.

Uvex representative, Andy Boydell, said the company is proud of its relationship with Michael who is their key on-snow ambassador.

"Michael really is one of this country's greatest ever skiers and we like to think Uvex products played a part in his success. He's a great ambassador for our range and has a genuine interest in product development.

"This year's ski season is shaping up as one of the best and Uvex is keen to increase brand awareness," said Boydell.

Michael's story and his partnership with Uvex was also recently featured in TecTorque, a magazine published by Blackwoods, the nation's leading supplier of industrial and safety products.