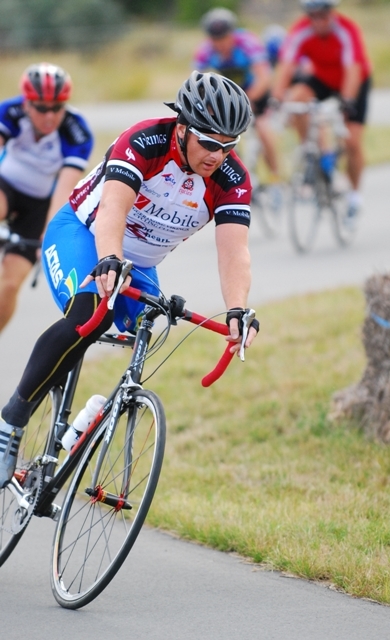 Michael Milton reached a milestone in his comeback with a fourth place in the Wednesday night criterium races in Canberra recently.

Racing in an open graded class, it was his best result since returning to cycling in October and a good measure of his progress towards fitness.

'My best result last summer was a third place so being in the top five means I'm well on the way to regaining my fitness. I was shattered after the race but very excited about the ride and my potential,' said Milton.

Photo: Milton on his way to finishing fourth - his best result so far this season.