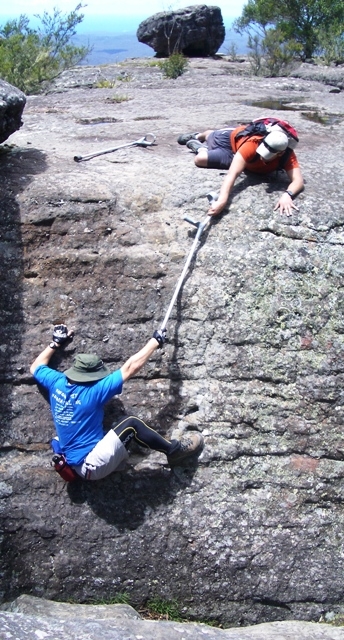 Not content with the two-hour uphill walk and the enormous staircases to the summit, Michael and his friend Tom did some bouldering at the summit in search of a better view.

'The crutches come in handy sometimes,' said Michael of Tom's efforts to help him over the gap. 'Sometimes you have to accept help to get to where you want to go.'

The round trip took about four hours and Milton admits to being exhausted the following day.

'I really enjoyed it but I slept a lot to recover. It was a great day though and a good way to vary my training,' said Milton.