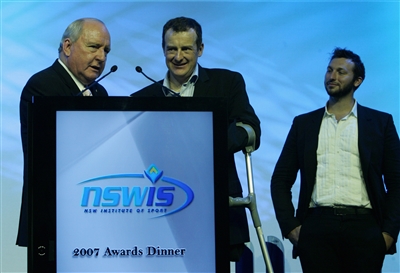 It was only his second public outing since being diagnosed with cancer, but Milton wasn't going to miss the NSWIS Awards Dinner where he was recognised as one of the state's most outstanding athletes.

'It's a pleasure to honour four of Australia's greatest ever athletes,' said Turner.