MILTON BACK IN THE SADDLE 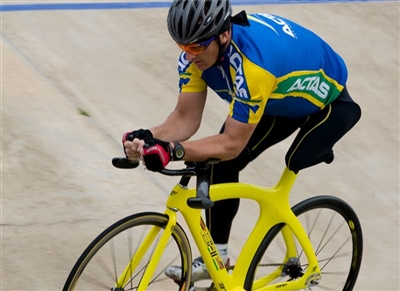 A gold medallist in the 3000m pursuit at the same event last year, Milton is hoping to post some times that will put him in favour with selectors who, in July, will announce Australia's cycling team to compete at the Beijing Paralympic Games. With at least 15 male cyclists vying for the seven spots, Milton is realistic about his chances.

'I'm not in top form yet and time is against me but this week offers a great chance to measure my progress. Even if I don't make the Paralympic team, getting back into racing has been great for my recovery,' said Milton, who has two more chances to record qualifying times before the July deadline.

'Strength comes back first, then endurance so the shorter event is the better option at this stage. The kilo offers my best chance to qualify,' said a determined Milton.