Thumbs up as Milton checks out 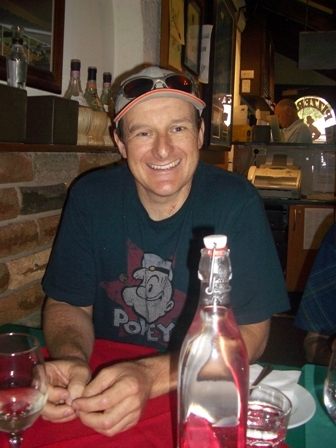 WEDNESDAY 10 OCTOBER 2007: After a major operation and ten days in hospital, Paralympic champion and Australia's fastest ever skier, Michael Milton, checked out of hospital yesterday having all but beaten cancer for the second time.

The operation to remove Milton's oesophagus and the malignant tumour within took place on Saturday 29 September. Since then he has focussed on his physical recovery while waiting for the pathology results on the cancerous tissue.

Yesterday his surgeon reported the tumour had shrunk to a fraction of its original size and there was no longer any evidence of the cancer having spread to surrounding lymph nodes. At this stage, it is the best possible outcome for Milton and his wife Penni.

'This is the news we have been waiting to hear. Now we can put the last three months of worry and anguish and fear behind us and concentrate on recovery. It was a major operation and I still have a long way to go but we are confident the worst is over,' said Milton.

The couple and their one-year-old daughter Matilda relocated to a Rydges Hotel in North Sydney for three weeks for the surgery, along with Milton's mother and Penni's sister.

'Both families have been wonderful. There are no limits to the support they are prepared to give. I don't know how we would have managed without them.

'Our team of surgeons and specialists in Canberra and in Sydney have done a fantastic job. They've guided us through the chemotherapy, radiation therapy and the surgery and we've come out the other end. Thanks to them we can get on with our lives now,' explained Milton.

The cancer diagnosis was a huge setback in Milton's plans to represent Australia as a cyclist at the 2008 Paralympic Games in Beijing. He now plans to be back in serious training by the end of the year with a view to competing in the Australian Track Cycling Championships in February 2008.

'I have to have a goal, something to aim for. It's vital to my recovery, both mentally and physically. I do believe it's possible though. I don't set unrealistic goals,' said a determined Milton.

The Milton family will return home to Canberra this weekend where, just one month ago, they celebrated Matilda's first birthday and naming ceremony and surprised guests with their own wedding.
Site Map
Our Community
Facebook LinkedIn Twitter YouTube