Milton celebrates one week since surgery 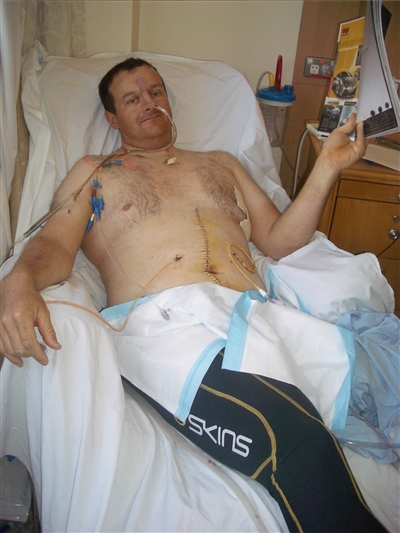 SATURDAY 6 OCTOBER 2007: Just one week since surgery to remove his opesophagus and the tumour within, Michael is recovering well and looking forward to leaving hospital.

Tests yesterday revealed no major complications from the surgery which meant most of the tubes going in and out of his body could be removed.

The positive tests also mean Michael can start eating a liquid diet, with jelly on top of the list. He is expected to start eating soft solids within the next few days. It will take many months for Michael to work out his own version of a 'normal' diet but reintroducing liquids is an important step in the process.