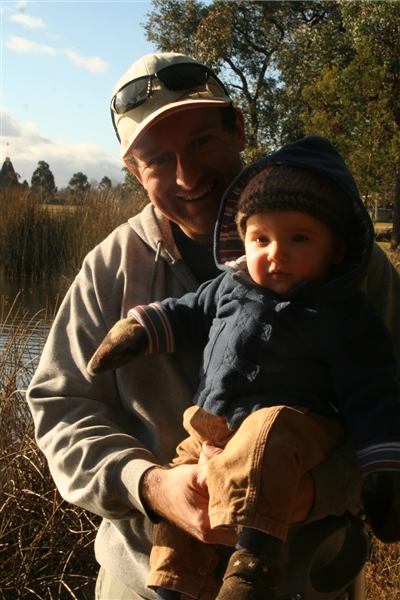 Just over two weeks since the end of Michael's radiation treatment finished and, as expected, he is beginning to feel normal for the first time in months.

The doctors always said the two weeks post-radiation would be the worst. Michael has been very tired and the skin on his chest and back (as well as his oesophagus on the inside) are red-raw. Still all those symptoms are starting to fade now.

Surgery is a few weeks away and, in the meantime, Michael will focus on regaining some of his fitness and being as healthy as possible for the oesophagectomy.

He is planning some fun things in the next few weeks while he is feeling his old self. The first is a bit of car racing, followed by a big gathering of family and friends to celebrate his daughter Matilda's first birthday and maybe even a day's skiing.

Photo: An afternoon at the park with daughter Matilda in the middle of radiation treatment.