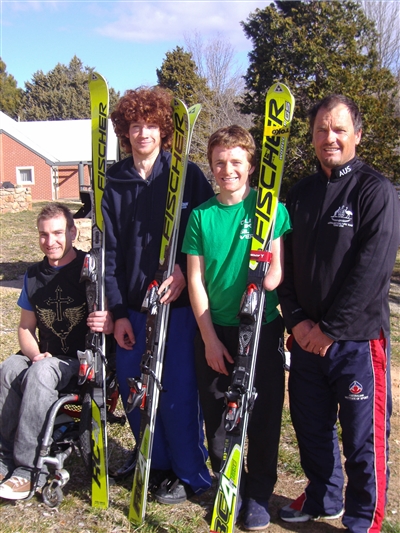 Head Coach of the Australian Paralympic ski team (and Michael's coach for many years) Steve Graham said the skis are in great shape and will be used by development athletes.

'I know Michael has great skis and he keeps them in the best possible shape. Skiing on Michael's skis gives the athletes a lot of confidence.

'Getting skis from anyone is awesome but to get them from someone of Michael's ability is as good as it gets,' said Steve.

According to Michael, the skis were just lying around the house.

'I don't need that many race skis. I think I had 16 pairs at last count. I kept a few just in case and a few sentimental ones.

''When I was a developing athlete, my parents had a ski shop so I always had quality skis. Not everyone is so lucky. I'm just glad they will be used.'