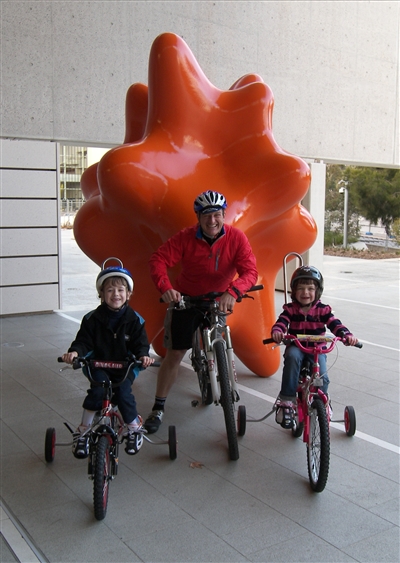 A Canberra charity for which Michael Milton is an ambassador has won best organisation for Social Inclusion at the 2011 National Disability Awards.

Technical Aid to the Disabled ACT (TADACT) was recognised for enabling equal participation of people with disability in a range of areas in life.

TADACT volunteers create and modify equipment for people with a disability and the elderly in the ACT and region, resulting in their greater independence. They have been helping people for more than 30 years.

TADACT Executive Director, Graham Waite, said he is delighted the not-for-profit has taken out such a prestigious national award.

"This award to TADACT emphasises the fact that there is a such a strong need for our service in the community."

Michael Milton is similarly thrilled. "It's well-deserved. TADACT do a great job. Many of the things I do wouldn't be possible without modified equipment so I know how important this service is for many people."

Looking forward to hearing Michael talk at the National Portrait Gallery on Sunday 9 November 2013 (free program at 2pm). The 'orange blob' sculpture outside the National Portrait Gallery is such a landmark (Geoface DIstributor by James Angas).
Great to see the kids on wheels having the opportunity to expereince the joy of cycling and getting about in Canberra with Michael.
Post A Comment
Site Map
Our Community
Facebook LinkedIn Twitter YouTube