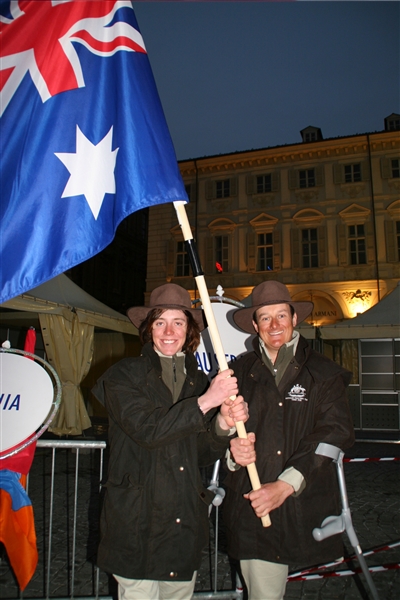 TURIN , Italy , March 19 AAP - Five-time Paralympian Michael Milton was asked to be flagbearer at tonight's Closing Ceremony of the Torino Winter Games but has asked for the honour to be given to one of the team's rising stars, Tony Kane.

"We wanted Michael to be our flagbearer at the Closing because of all he has done for winter disabled sport in Australia and for the recognition he has given Paralympic sport both at home and internationally,'' Chef de Mission Darren Peters said.

"But he came to me and asked that the honour be passed on to one of our young guns in Toby Kane, who is the future of Paralympic Winter teams just like Michael was when he came onto the scene as a 14 year-old back at the 1988 Innsbruck Games.

"I totally understand and applaud his graciousness. I just want people to know what a wonderful career spanning 18 years and five Games Michael has had and particularly his role at these Games in Turin. He was not only our star athlete, he mentored the younger ones and passed on his knowledge and experience.''

Milton and Kane were Australia's only two medalists in Italy, with Milton claiming his 11th Paralympic medal when he took silver in the downhill on the opening day of competition last Saturday. Kane, 19, took bronze in the Super-G last Tuesday standing on the podium with athletes in their 30s from Austria and Germany.

It would have been Milton's fourth time as a flagbearer. He carried it at the Closing Ceremony of the 1992 Albertville Paralympics after he won gold in the Slalom to claim Australia's first alpine win in either Olympic or Paralympic competition. He also carried the flag at the Opening Ceremony for the 2002 Salt Lake City Paralympics, where he won four gold, and at the Torino Parlyampics a week ago.