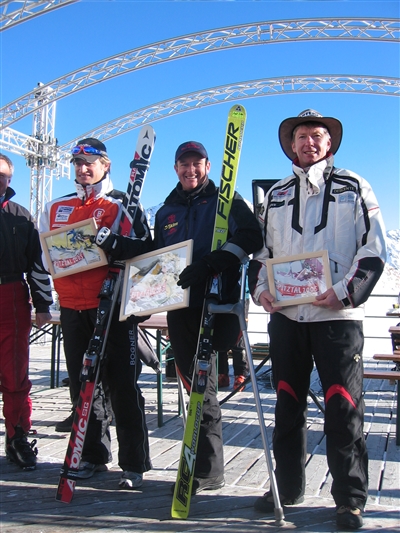 PITZAL , AUSTRIA, 13 December 2006: Australian skiing legend, Michael Milton, showed fantastic early season form in the lead-up to his fifth and last Paralympic Games with a win at the Europa Cup in Pitzal, Austria.

Just three months out from the Torino Games, Milton won the Super G event and came 6th in the Slalom and 7th in the Giant Slalom. It's an excellent result considering recent changes to the classification system at international level means that all standing skiers now compete in the one class.

Other Australians to record impressive results included 2004 Word Champion Cameron Rahles-Rahbula who just missed out on a podium finish in the Giant Slalom and finished 7th in the Super G. 18 year old Toby Kane, who won a Bronze medal at the 2004 World Championships, also showed good early season form with 15th place in the Slalom, 13th in the Giant Slalom and 19th in the Super G.

Shannon Dallas, the sole sit-skier in the Australian Squad, came 5th in the Giant Slalom 7th in the Super G and 13th in the Slalom.

Head Coach, Steve Graham, said it was a great result for a squad that's only been on snow for six days.

"These results are very encouraging, even more impressive given that the conditions during the event did not favour one-legged skiers. Both the Giant Slalom and Super G courses had very flat starts which made getting up to speed difficult for one-legged skiers".