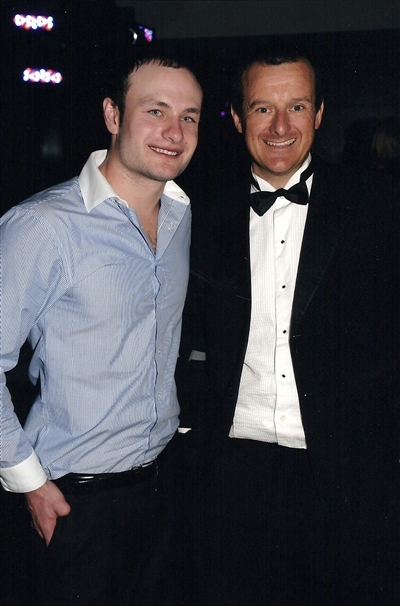 Michael has thrown his support behind a campaign to build youth cancer centres of excellence in Australia.

"I was stunned to learn that, once you turn 16, your chances of surviving cancer are halved. A big part of the problem is that, until 15, cancer cases are treated in the children's system.

"Think about this: two teenagers, same cancer. One is 16, the other 15. The younger kid is twice as likely to survive simply because the treatment protocols for adults and children are so different.

"As someone who has gone through cancer treatment as a 9 year old and then again as a 34 year old, I understand the difference and I can't imagine being 15 and having vitually no choice.

"Those teenage years are so teenage: it's SO not like being an adult or a child. I'm convinced we can really improve on survival rates for young adults if we have treatment protocols specifically designed for them and centres where they can be teenagers with other teenagers," said Michael.

The You Can Campaign, a partnership between Sony Foundation Australia and CanTeen, aims to raise $15 million by recycling old mobile phones. The campaign's public appeal - 'You Can' - addresses the need for specialised youth cancer treatment centres for Australia's 'forgotten generation', those aged between 15 and 25 fighting cancer.

Dr Louise Messara, Executive Director, Sony Foundation Australia, explained that in the last 25 years there has been virtually no improvement in survival outcomes for the 15 to 30 age group.

"More can be done. The creation of these new centres virtually guarantees an increase in the survival rates, through the collaboration of medical experts, the development of specialised treatments and the opportunity for young people to be amongst peers in a dedicated, encouraging environment," said Louise.

How You Can help

For more information on the You Can campaign visit www.youcan.org.au.

Photo: Michael attended the campaign launch where he met Chris Bond, cancer survivor and National Vice President of CanTeen. The pair plan to go cycling together.