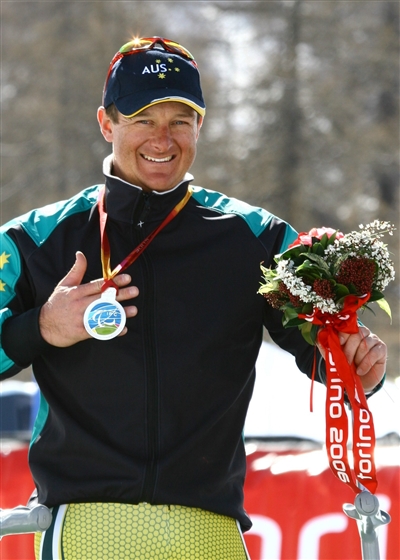 ON the eve of the Vancouver Paralympic Games, Australia's most successful winter athlete, Michael Milton, predicts the team will outshine our Olympic team by winning six medals.

Speaking from his Canberra home where he is training for an upcoming cycling competition, Milton said this was the strongest team Australia had sent to a winter Games.

"There's a lot of depth in this team, a number of athletes with previous Games experience and some very solid podium-winning performances since the last winter Games."

A veteran of five winter Paralympic Games in which he won 11 medals, six of them gold, Milton said all the athletes are probably nervous ahead of the downhill tomorrow (Saturday) and the Super G on Sunday.

"Most of the alpine skiers will get to race in the next two days and we should see some early Games success.

"Toby Kane is one to watch. He won a bronze medal in the Super G at his first Games in Torino so everyone will be expecting big things from him. Marty Mayberry in his second Games has really stepped up lately, winning a World Cup downhill in Aspen Colorado last week.

"The blind skiers too will be feeling some heat. We've never entered women in the blind class before and now we have two: Mel Perrine and Jess Gallagher. Both have been on the podium during the World Cup season and we should see Australia's first winter Paralympic women's medals.

"I'm sure there will also be lots of interest in Bart Bunting who won two gold medals along with my four in Salt Lake in 2002 but retired and missed Torino. He'll want to prove himself," said Milton.

During an ABC Radio interview on Thursday, Milton said the pressure will be building for a few of the more experienced team members. There are two in particular that he is keen to watch, both current World Champions.

"Cameron Rahles-Rahbula, current World Champion...this will be his third Games...He's started eight (Paralympic) races and only finished one so he's probably feeling the pressure.

"Shannon Dallas who last year won the Super G (at the World Championships in Korea) but the very next day in downhill had a crash and blew apart his shoulder... so he's on the comeback trail. This is likely to be his last Games."

Milton says he has no regrets about retiring after the 2006 Torino Games and confirmed he won't launch a comeback to Paralympic ski racing.

"I'm enjoying cycling and mountain biking, being at home with my young family and working on my speaking career. I'm also looking forward to putting in some couch time and watching the Games on the ABC."