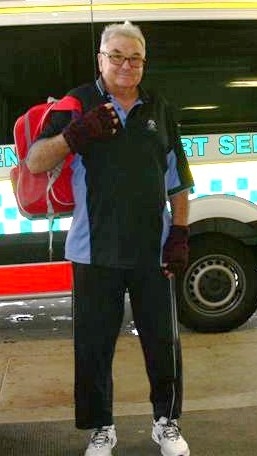 The Milton family is happy to report that, after almost five months in the spinal unit at Royal North Shore Hospital, John walked 22m down the hall of the casualty department into the fresh air.

He was then transported to a rehabilitation centre in Ryde where he is expected to stay for up to four months although John is keen to leave in time to attend old friend Ron Finneran's retirement party in Thredbo at the end of November.

The regime at the Ryde centre is far more physically demanding than at RNS.

"This place is tough and if I survive the next few months I'll probably jog out of here," said John.

"We're all really pleased with dad's progress. It's a better result than what we were hoping for way back in March.

"He is an incomplete quadraplegic but, with some more physiotherapy, we believe he will be able to live quite comfortably at my parents' south coast home. The challenge now is to make the most of the movement that he has," explained Michael.