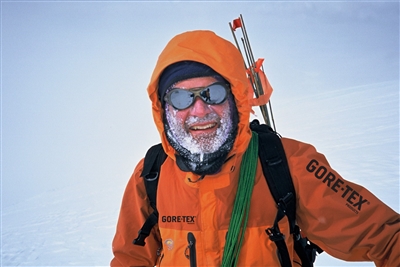 AUSTRALIA'S most successful high altitude mountaineer, Andrew Lock, will return to the Himalayas early in September to realise a dream that started more than 15 years ago.

Michael Milton's company, One More Mountain, has again thrown its support behind the 47-year-old Lock and will be handling all media and publicity surrounding his attempt to stand atop Mt Shishapangma, one of 14 mountains in the world above 8000 metres, the 'Death Zone'.

It will be Lock's second trip to the Himalayas this year. An April expedition was called off when he was unable to get the necessary permit to cross the border into Tibet to begin his summit bid.

Lock aims to be the first Australian to reach all of the world's peaks over 8000m.

"I'd never heard of him and I couldn't believe he'd achieved so much while working full-time. He climbs for the sheer enjoyment of it - certainly not for the fame or the money. I love the occasional adventure but Andrew really is a freak," said Michael.

The pair met and, with Michael's wife Penni, created a partnership designed to generate media for Lock during the expedition and speaking engagements when he returns to Australia.

"Did I mention he generally climbs without oxygen?" said Michael, shaking his head. "He is crazy."